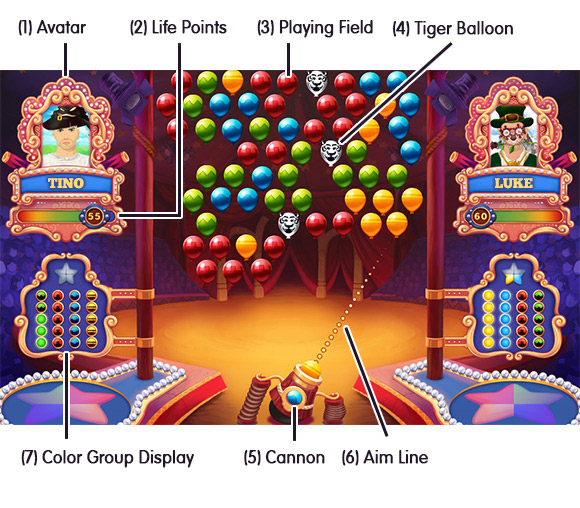 Balloon Blast is a tactical multiplayer game. Set in a circus ring, the players take it in turns to use the cannon and bring as many balloons down as they can with each shot. Players should try to collect all the different colors of balloons equally to summon a circus performer for a special shot.

Aim of the Game

It’s easy to play Balloon Blast! The only controls are for aiming, shooting and swapping the balloons in the cannon. 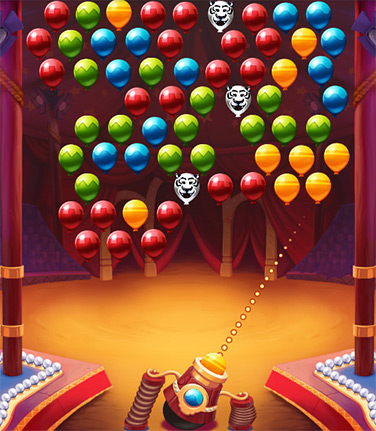 Here is a brief explanation of all the game components in Balloon Blast: 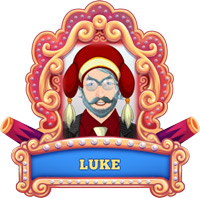 Shows how much energy you have left. You start each round with 60 life points. Every balloon your opponent manages to bring down will subtract one life point from your energy balance. If your energy reaches 0, you lose the round.
In training duels both players start with only 30 life points. 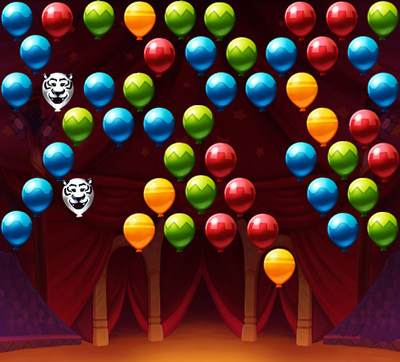 The playing field consists of many colorful balloons. Once the first batch of balloons has been cleared, more will appear from above.

Tiger balloons cannot burst but will fall when the surrounding balloons are destroyed or fall.

You control the cannon. The movement is limited to an angle of 40°. The balloons for the current and next shot are always visible and can be swapped using the spacebar. 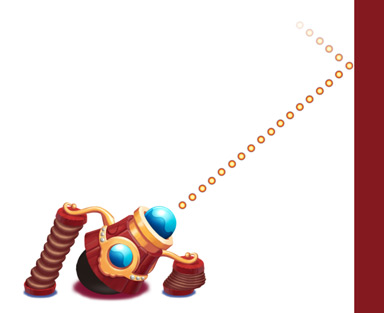 The aim line helps to give you an idea of where the balloon will hit. It also shows the rebound angle if you choose to bounce the balloon off the wall. 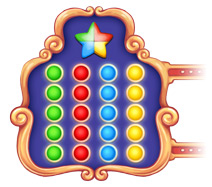 When you burst balloons the appropriate color lights up in the display. Once all 20 lamps are lit (5 balloons of each color) a circus performer will be called to the ring for a special shot.

Here is an explanation of how to take a turn in Balloon Blast: 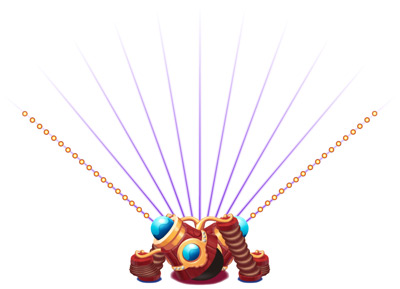 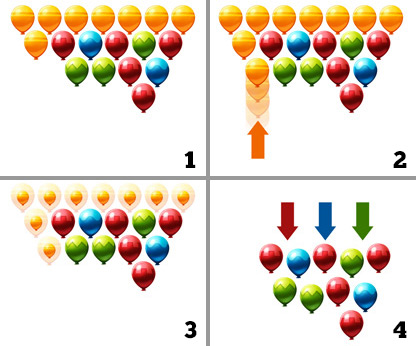 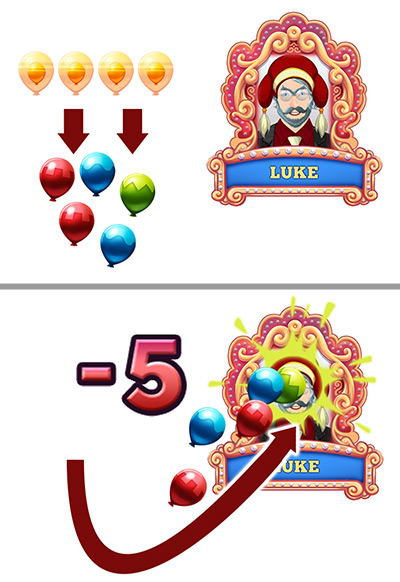 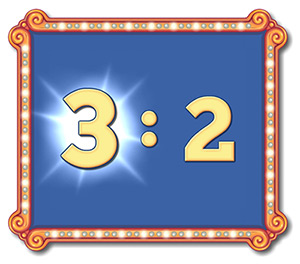 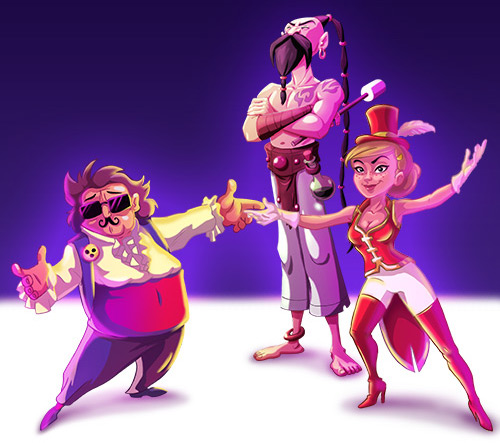